I have never liked to the feeling of being out of control. I will get multiple shots at the dentist to avoid having my conscious overtaken by that noxious gas. I don’t like not being able to stop myself from saying or doing stupid things. I am still so embarrassed remembering my dentist telling me,

I am a model patient. Something can hurt like the dickens, and I will not move or complain because I don’t want to be seen as uncooperative. Just give me a little nitrous, and I am literally yelling at my soft-spoken dentist.

Well, my first memory out of surgery is hearing the nurse say through the fog clouded my brain was that she is going to give another dose of Morphine. I was screaming in my head, “No more morphine! I hate this feeling!”

But I wasn’t actually talking, so no one heard my plea. I was having my thoughts impaired. I’m not a genius! I need to save all of the brain cells I have! Slowly the fog lifted and I could hold my eyes open for more than a few seconds at a time. Jordan was at my side, and I remember asking about my lymph nodes several times, but I couldn’t quite remember if I had already asked or if I had dreamed it. So who knows how many times I actually repeated myself. I remember Jordan, my mom, Holly, Adam, and my dad in my room all staring at me. Great.

I didn’t feel too awful. My pain was controlled with the anesthesia blocks and the aforementioned morphine. I can’t remember the conversations we had but I would be mid-sentence, and all of a sudden have the urge to empty what little contents were in my stomach. Four times that happened. I didn’t feel queasy in between; it would just hit me all of a sudden. And wouldn’t you know, every time my mom headed to the door to go home I vomited again. She was literally standing at the door the last time I threw up, and Holly said, “If you want mom to go home, you are going to have to stop vomiting.”

I didn’t trust my legs to work of their own accord, and I felt very dizzy even just sitting up. So, as badly as I wanted to be independent, the nurse half carried me to the bathroom the first time I got up that evening. I stayed in the same room that they had pre-opped me in and poor Jordan slept in a small recliner next to me. (Though he swears it was more comfortable than the pull out couch he slept on in the hospital when the kids were born)

The next morning, after I was visited by the plastic surgeon’s nurse and a physical therapist, we were free to go. I busted out of there as soon as possible, and we were back in Shelbyville by 8:45 am. We made it to my parents’ house where Jordan helped me set up camp in my parents’ recliner. (Where I was sentenced to for the next few days). Jordan left to go grab the kids and bring them over so I could love on them before they left to go camping.

My mom would not take her eyes off of me, and every time I moved an inch she asked me, “Are you ok? What do you need?”

In which I very lovingly replied, “I have to pee! Is that ok with you?”

Mom and I eventually made an agreement. She would not ask me if I needed anything; IF I promised to ask her for help when I did need it. She stopped asking, but I could feel her eyes burning a hole in the back of my head from the kitchen pass through. In the end, the contract was breached by both parties…

Have I mentioned that I am not very good at being idle. By 2:30 that afternoon at the Barlow prison camp I was granted outdoor privileges for good behavior. I was almost to the end of my parents’ driveway in sweatpants and a bathrobe when Holly came pulling in the driveway. As she slowed to a stop, she rolled her window down and asked if mom had already driven me nuts with her smothering…I mean mothering. (I love you mom). She thought I was escaping.

So I walked 1/4 mile less than 24 hours after surgery. Not too shabby. 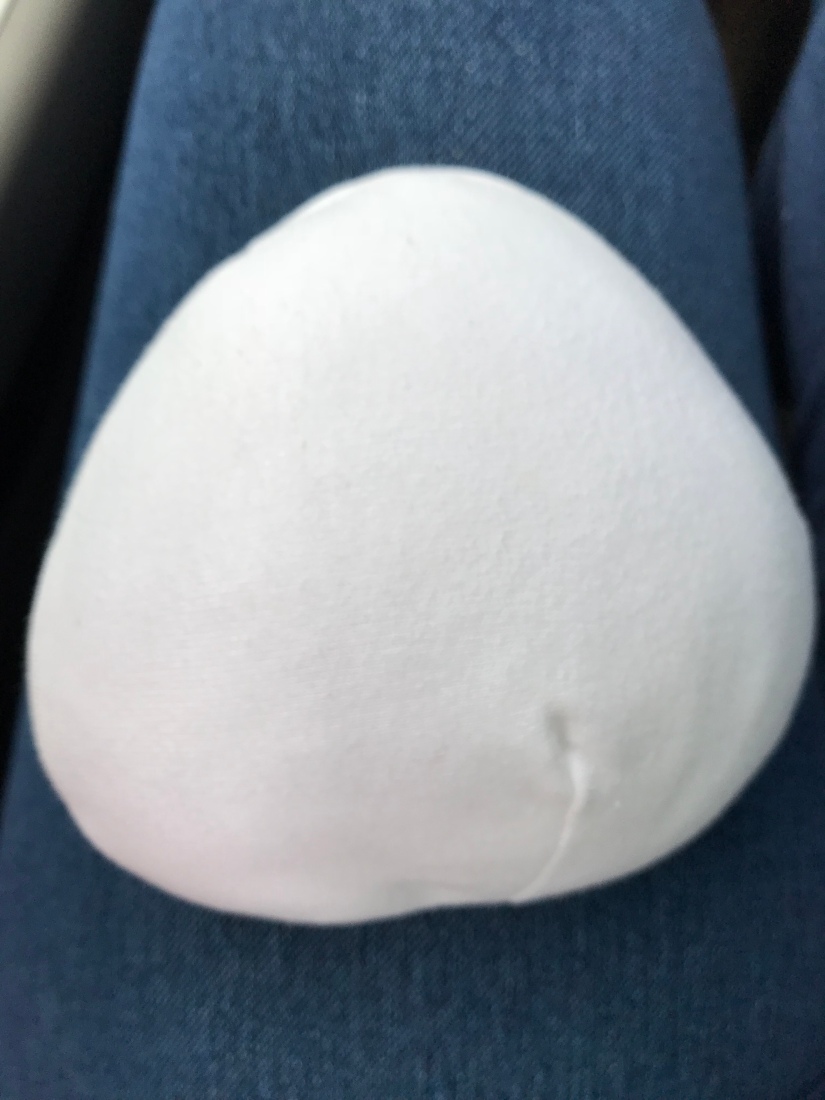 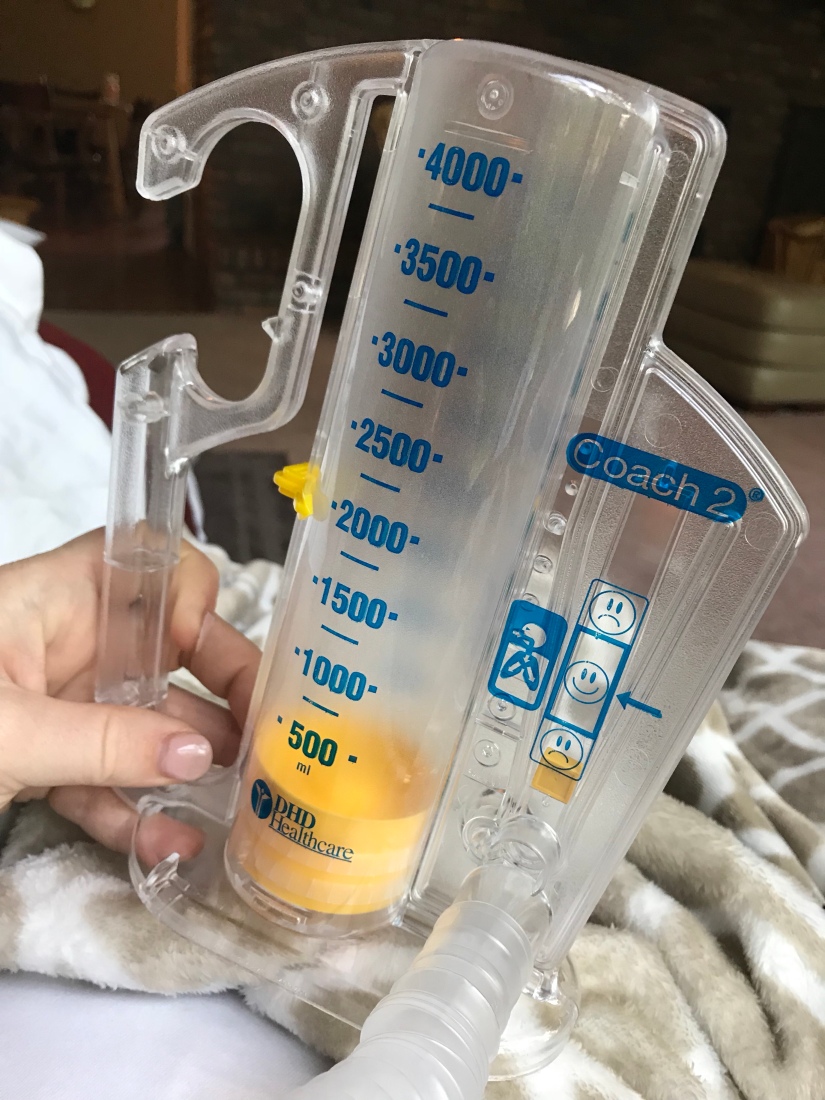 My incentive spirometer: as a nurse, I understand the the importance of the device, but as a patient who has had 2 surgeon digging around in her chest for 6 hours…this thing is AWFUL! 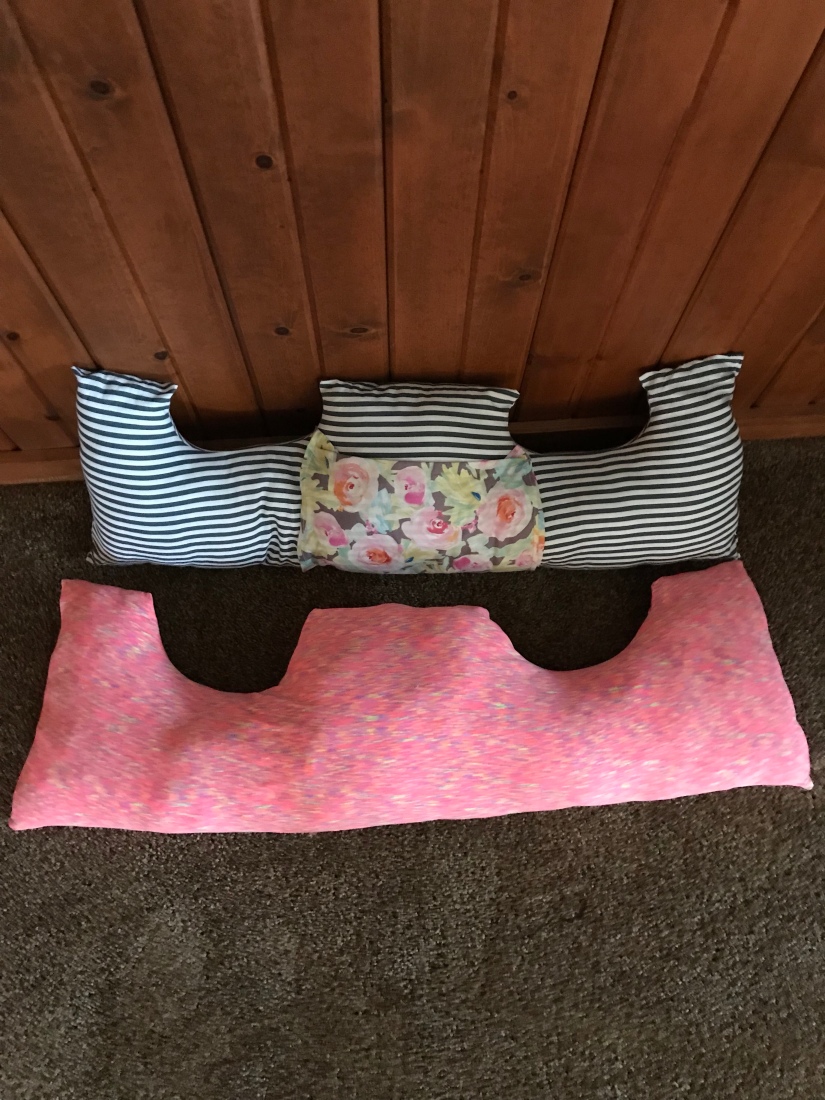 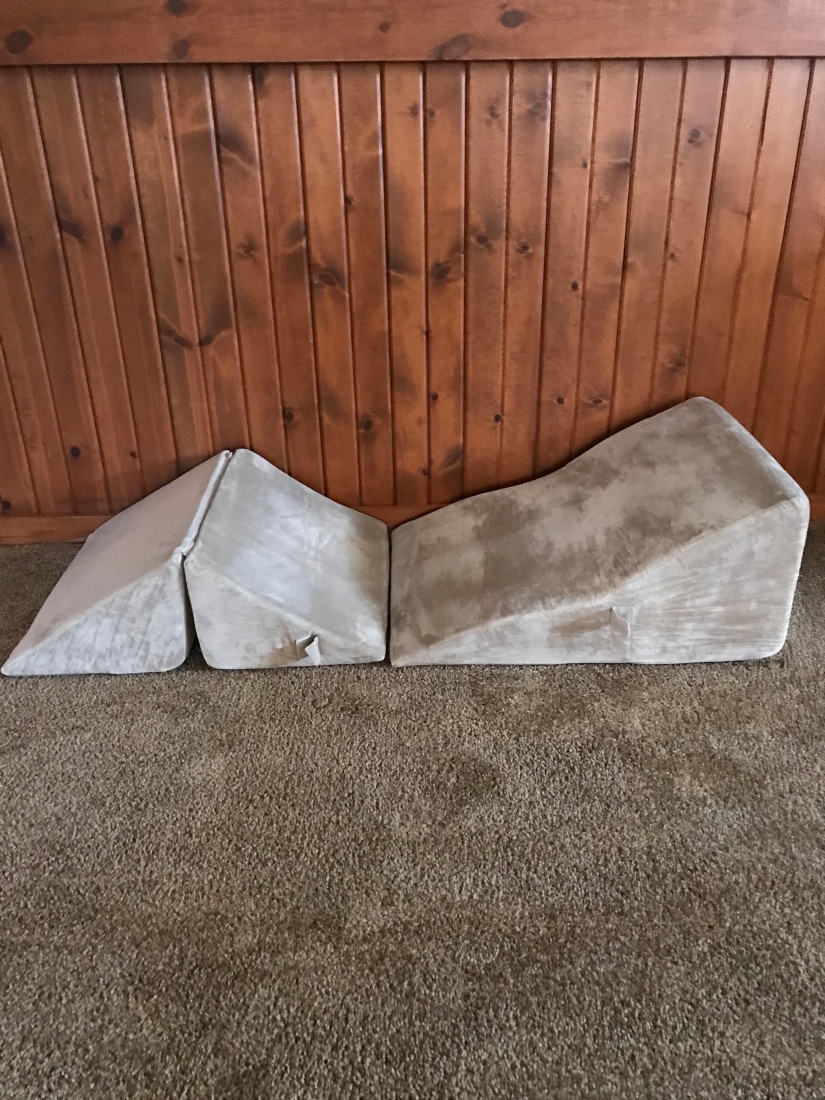 I mean, COME ON, she pulled the blanket over her head while she was wiggling around! This is high quality entertainment!

Thank you to everyone who has prayed for me. This may sound silly or mystical but it is the honest truth:There have been moments where I can tell I have been lifted up in prayer. My burden lessened, I felt a peace, things just seemed easier for a moment, the pain subsided, I felt the comfort…all because of you prayers to our God in Heaven. The thought that people have taken the time out of their busy days to pray to God on my behalf, is so, so humbling. I know I have quoted this verse more than once but I think that we do often underestimate what God is capable of doing.

“Now to him who is able to do immeasurably more than all we ask or imagine, according to his power that is at work within us, to him be glory in the church and in Christ Jesus throughout all generations, for ever and ever! Amen.”

He has done immeasurably more than I could have asked for!